The BBI JU Stakeholder Forum 2019 will bring together the bio-based industries community on 4 December in Brussels. Register now to have access to a full-day programme of inspiring high-level speakers, networking opportunities and a project exhibition with our 100 granted projects. Full programme and registration available here.

BBI JU launched the BBI JU Synergy Label, a new pilot initiative aiming to recognise the value and excellence of Demonstration and Flagship proposals submitted to the BBI JU Call 2018 that scored above the quality threshold but did not receive funding due to budget limits. The twelve awarded proposals received their certification during a dedicated session held in the context of the R&I Days event in Brussels.
In order to ensure that the recognition of the proposals awarded with the BBI Synergy Label is fully maximised, BBI JU and the European Bank for Reconstruction and Development (EBRD) signed a Memorandum of Understanding (MoU) with the aim of maximising the opportunities of taking up investments in the bioeconomy sector. Read more 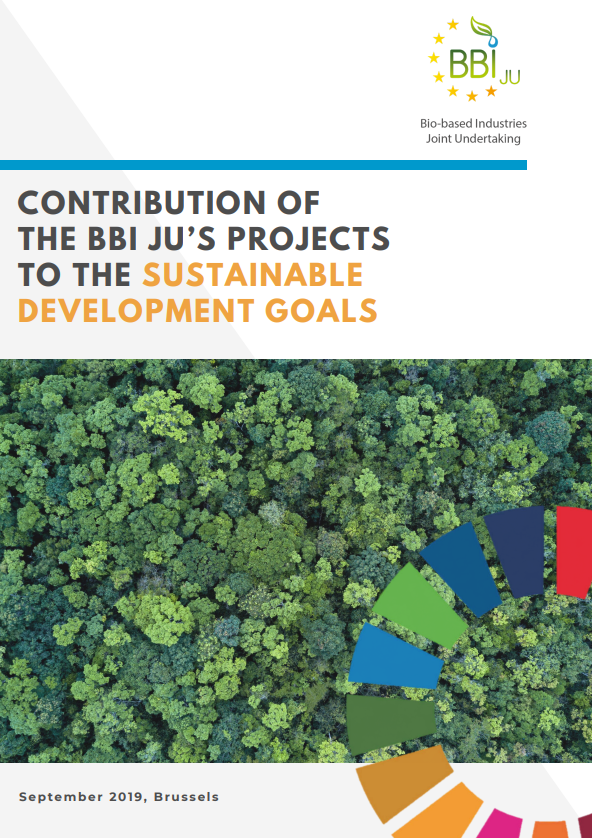 New BBI JU report: Contribution of the BBI JU’s projects to the SDGs

With a broad spectrum of projects, the BBI JU programme is helping to generate knowledge and to develop technologies for an improved use of biological resources (residues, side streams and waste), contributing to meeting the UN (United Nations) Sustainable Development Goals (SDGs), and at the same time creating value for European society, climate change mitigation, environment and biodiversity. This report presents the contribution of the BBI JU projects to the SDGs through actions such as the replacement of fossil-based products, the production of feed to address climate change future challenges, the creation of new jobs (particularly in rural areas) and the preservation of the biodiversity. The full report is available here.

The young scientist Ronja Holopainen (19 years-old, Finland) is the winner of the EUCYS Bioeconomy Prize sponsored by the BBI JU. An international jury selected her project ‘EcoMe: a reusable, ecological and affordable menstrual hygiene product for developing regions’ for excellence in the field of bio-based research leading to a more sustainable future. The name of the winner was announced during the final ceremony hosted in Sofia, Bulgaria, on 17 September, where the BBI JU Head of Programme Eleni Zika presented the award. BBI JU has been sponsoring the EUCYS Bioeconmy Prize since 2016. Read more

News from the BBI JU projects

BIORESCUE: Tailor-made enzymatic solutions reduce time and cost of biorefinery processes
Key components in a biorefinery conversion are enzymes, which are used to break down the long-chains of sugar and lignin polymers present in the biomass into smaller pieces. As part of the BBI JU BIOrescue project, a Finnish company has created enzymatic solutions tailored to extract sugars from the mushroom compost in an optimal way. Read more

GreenProtein: Novel protein product offers taste of success
The BBI JU GreenProtein project is transforming byproducts from green vegetables and field crops into high-grade protein for the food industry. The finished product is a viable alternative to egg whites and whey protein - and has huge commercial potential. Read more
POLYBIOSKIN and EMBRACED: Sustainable nappies for eco-friendly generations
EU statistics report that some seven million babies in Europe use up to 36 million disposable nappies in only one day. BBI JU POLYBIOSKIN and EMBRACED projects are sketching out different solutions to reduce the pollution from plastics in diapers. Read more
PLENITUDE: The numbers don’t add up for meat-free future
Our new PLENITUDE flagship project will produce a plant-based protein that is 50% more cost-efficient than meat alternatives. It is based on grains and is called mycoprotein. Read more
AFTERLIFE: Renewable innovation from wastewater treatment
The BBI JU AFTERLIFE project works on ensuring that wastewater from the food industry is not discharged into nature but reused in many ways. Discover more in the newest project video.
VALUEMAG: Magnets to extract algal molecules for the beauty and bioplastics industries Entrepreneurs in the aquaculture sector face a problem – extracting all the valuable molecules from seaweed and algal cells is still really difficult. Our VALUEMAG project is developing cutting-edge magnetic technology to remove those precious molecules. Read more
BIOMOTIVE: Car parts from weeds - the future of green motoring?
A recent BBC article, covering different ways of making car manufacturing more sustainable, features the BBI JU BIOMOTIVE project as a positive example. The project is working to reduce the carbon footprint of cars by using bioplastics, which are more sustainable than the fossil-based materials used so far. Read more
MAGNIFICENT: Microalgae as a green source for nutritional ingredients
The BBI JU MAGNIFICENT project features in a Wired magazine article covering the different approaches to tackle the challenge of feeding the growing global population. Read more
TECH4EFFECT: Towards more sensitive forest operations
Our TECH4EFFECT project successfully conducted field trials near Rautavaara, Finland, on the impacts of different tracks and machines on the soil. Read more
Pilots4U: Database of pilot facilities to scale up your innovative process
The BBI JU Pilots4U project has set up an easily accessible open-access database of pilot facilities around Europe where you can search for the perfect partner to scale-up your innovative process. Access it here
EXCornsEED: Register for the upcoming conference
The first BBI JU EXCornsEED project conference, ‘Valorisation of proteins and bioactive compounds from biorefinery side-streams’, will take place on 20 November in Bucharest, Romania. More information and registration
SYLFEED: Demonstrating the efficacy of a protein produced from wood
The BBI JU SYLFEED project achieved a new milestone, successfully demonstrating the efficacy of their novel alternative protein produced from wood. The alternative protein can be used to replace fish meal or plant-based proteins in feed for juvenile Atlantic salmon, delivering equivalent nutritional performance as conventional protein sources. Read more

BBI JU 2014-2019: a high-impact initiative for the bioeconomy in Europe 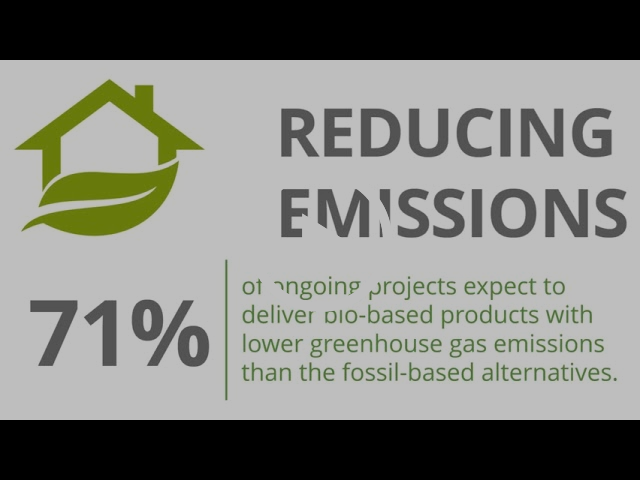 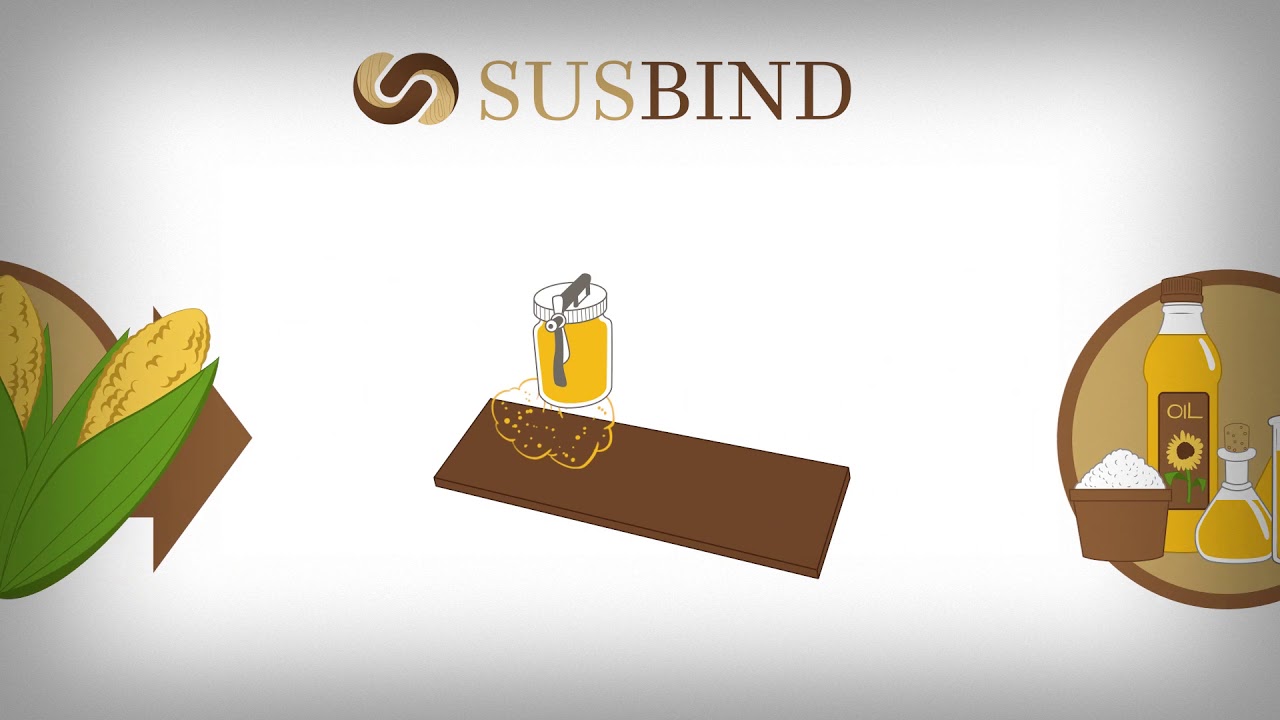 BBI JU: a high-impact bio-based initiative for a circular Europe

Public consultation: a European Partnership for a circular bio-based Europe