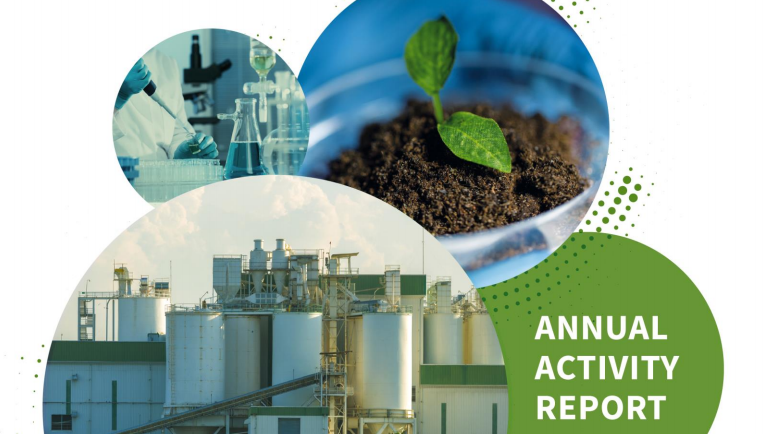 According to the BBI JU 2018 Annual Activity Report (AAR), BBI JU performed very well and its achievements are well aligned with its initial goals. The two main positive effects of the JU, are the evident structuring effect in organising the value chains across sectors and the innovation-driven mobilising effect of all key stakeholders. BBI JU is now recognised as a high-impact initiative and an excellent example of a mission-oriented instrument, contributing to the systemic changes needed for the development of sustainable and competitive bio-based industries in Europe. The first 7 flagship biorefineries alone generate private investments of more than EUR 1 billion against a BBI JU grant amount of EUR 159 million, corresponding to the creation of more than 3 000 direct jobs and more than 10 000 indirect ones well spread across Europe. Read full report »

Don’t forget to save the date for the next BBI JU Stakeholder Forum which will take place on 4 December 2019 in Brussels. The registration for the event will open in September but in the meantime, please mark your calendars! More information »

Through the implementation of its mission, BBI JU is delivering concrete socio-economic and environmental benefits to Europe. 80% of our ongoing projects support the creation of new skilled jobs in the bioeconomy. Furthermore, 71% of our projects expect to deliver bio-based products with lower greenhouse emissions than the fossil-based alternatives, and 66% of projects contribute to waste-reduction, reuse recycling as well as turning waste and side-streams into added-value products. Find out more about BBI JU’s impact and achievements in our new factsheet.

The joint vision for the future of Europe’s bioeconomy is the result of the collective input from the Bio-based Industries Consortium (BIC) and its members, the BBI JU advisory bodies: the States Representatives Group and Scientific Committee, and 15 other organisations. It focuses on four key drivers: fostering food security for a growing world population and meeting its demand for sustainable products; contributing to a sustainable planet; creating jobs and growth in the circular bioeconomy, and achieving a circular bioeconomic society. Read more

The Euronews’s Business Planet programme recently aired two videos featuring the BBI JU and its contribution to the European bioeconomy. The videos highlight the benefits of participation in BBI JU projects for SMEs and explain why BBI JU is key for the development of the bioeconomy in the EU. They feature Alex Michine, the CEO of MetGen, an SME that participates in five BBI JU projects, and the Vice-Chair of the BBI JU Scientific Committee Johanna Buchert. Read more and watch the videos here

With the signature of 19 new grant agreements this year, BBI JU project portfolio has grown to 101 projects. Interested in what they have achieved so far? Read more in our brand new success story section.

News from the BBI JU projects

OPTISOCHEM: How to convert wheat straw waste into green chemicals
The development of new biorefining technologies based on agricultural waste is seen as key to reducing Europe’s dependency on fossil-based products. BBI JU OPTISOCHEM project has made significant progress in transforming wheat residues into something more useful: bio-isobutene, a key precursor for numerous chemicals. Read more

BIOrescue: Bio-based nanocarriers to cure plant diseases for the first time
The BBI JU BIOrescue project investigates how to transform used mushroom compost into valuable bio-based products such as biodegradable nanocarriers for drug encapsulation. These have now been successfully tested to reduce symptoms of a common grapevine disease. Read more

FRESH: New fibre-based ready meal trays to replace black plastic
A chain of British supermarkets is launching a ready-meal range in new fiber-based trays which were made as part of the BBI JU FRESH project. The new trays can be recycled, and they are also certified for home composting. Read more

EXILVA project featured in Euronews report on bioeconomy
The work of the BBI JU EXILVA project is featured in a Euronews report as an example of bio-based solutions that can substitute oil-based products. Starting from 8’ 44’’, the video shows the biorefinery that this project is using to transform Norwegian spruce into microfibrillated cellulose. Read more and watch here

PROMINENT: Boosting plant protein in the diet to fuel human and environmental health
The food industry is hungry for more plant protein, which is why the BBI JU PROMINENT project worked to extract proteins from wheat and rice processing side streams that are currently used for animal feed. Read more

ABACUS publishes a paper on microalga as a source of biomass
BBI JU ABACUS project published its first peer-reviewed article in the open-access Molecules journal. The paper focuses on Porphyridium cruentum microalga as a good natural source for a variety of interesting bioactive compounds. Read the article

BBI JU featured in JRC report on the collaboration of JUs and ESIF
The EU's Joint Research Centre recently published a report analysing the collaboration between Joint Undertakings (JUs), such as the BBI JU, and the EU's Structural and Investment Funds (ESIF). The BBI JU was one of the three JUs selected to collaborate in the analysis. Read more

Role of BBI JU in blue bioeconomy highlighted in new EC report
The European Commission released a new report on the EU blue economy, which devoted an entire section to the important contribution of the BBI JU to the growth of the blue bioeconomy. Among other things, the report highlights the important role that SMEs play in BBI JU aquatic biomass projects, citing that more than 50% of beneficiaries in those projects are SMEs. Read the full report

EESC report gives positive opinion on BBI JU
The European Economic and Social Committee, a consultative EU body of representatives from Europe's socio-occupational interest groups, has published its opinion on the updated EU Bioeconomy strategy. The BBI JU is explicitly cited in the report as ‘crucial in supporting the development of European industrial bio-based infrastructure and value chains centred around the use of renewable resources – including waste’. Read more

New BBI JU & SCAR report on the role of clusters in the bioeconomy
On 14 March 2019, the BBI JU States Representatives Group and the SCAR Bioeconomy Strategic Working Group organised a joint workshop to exchange best practices for the creation of regional thematic clusters; to identify drivers for creation of clusters and to share experiences on successful bioeconomy-related clusters from around Europe. As a follow-up action of the workshop, a brief report has been produced. Read more

As it draws to a close, First2Run project releases a video featuring key partners, including BBI JU’s Head of Programme, Eleni Zika

Euractiv: Private sector is part of the solution in bioeconomy, experts say